Sir Philip Green is preparing to launch Topshop stores in the fast-growing retail market of China.

Green has reportedly signed a deal to open up to 80 Topshop stores across mainland China. 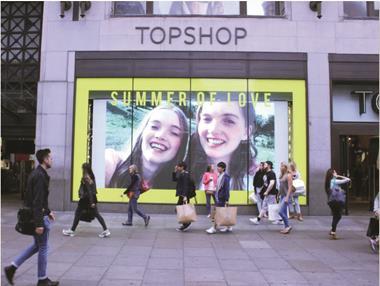 Up to 80 Topshops will open in China

The first standalone store is expected to launch by early 2018, in either Beijing or Shanghai.

The deal builds on an existing arrangement Topshop has with Chinese online fashion giant Shangpin.com, which has been assisting the retailer with its online presence in China since 2014.

Topshop has around 620 stores across more than 40 countries.

The Arcadia tycoon has been under intense media scrutiny this year due to the fallout from the collapse of BHS. Green sold the department store chain for £1 last year to multiple bankrupt Dominic Chappell.