ScS, the sofas and floorings specialist, has reported a rise in interim profits and expects to meet full-year expectations. 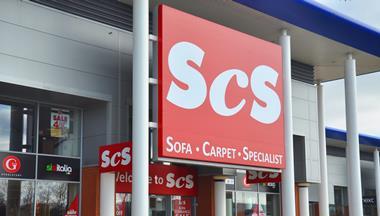 Highlights of the period included the performance of concessions in House of Fraser department stores, which achived a rise in gross sales of 22.9% to £12.8m as consumer awareness increased, and an increase in online gross sales of 25% to £5.4m.

ScS reported that trading in February was challenging, “largely driven by reduced footfall”, but there has been an improvement since the start of March.

ScS chief executive David Knight said: “We remain mindful that the group still faces the key Easter and May bank holiday trading periods and faces very strong comparatives during the remainder of the year.

“The board believes the business remains in a strong position to maximise opportunities as they arise and to grow market share.

“Given the year-to-date performance of the business, the board currently expects results for the financial year to be in line with expectations.”

Broker N+1 Singe observed: “Whilst interim results are complicated by timing differences around order deliveries (flattery of c£1.9m) and rephasing of marketing (drag of c£1.9m), adjusted EBITDA improved by c£1.7m on an underlying basis – moving ScS into positive territory in its historically loss-making first half.

“Good progress was made on all four growth strategies. Whilst like-for-like order intake is down c5% to 6% in current trading, this reflects weak retail park footfall in February, not a conversion issue.”