Office Outlet is bidding to shed up to 285,000 sq ft from its portfolio by sub-letting space in its larger stores, Retail Week has learned. 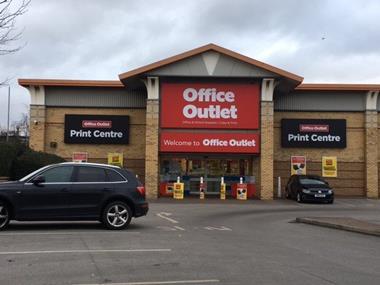 The retailer’s owner Hilco, which is rebranding all 106 former Staples stores into Office Outlet shops after acquiring the business for a nominal sum, is on a drive to streamline its selling space.

According to a list circulated by property agents, which has been seen by Retail Week, Hilco plans to divide up to 35 of its Office Outlet stores and sub-let chunks of space ranging from 5,000 sq ft to 16,533 sq ft in size.

Hilco aims to hive off 10,000 sq ft of space in a number of town and city centre stores including Birmingham, Cardiff, Derby, Sheffield, Milton Keynes and Reading.

It could sub-let up to 16,533 sq ft of space at its Merton store – the largest chunk of space up for grabs.

Smaller areas measuring up to 5,000 sq ft in size are available to sub-let at its stores in locations such as Edinburgh, Stratford, Portsmouth, and Chichester.

Office Outlet is yet to respond to Retail Week’s request for comment.