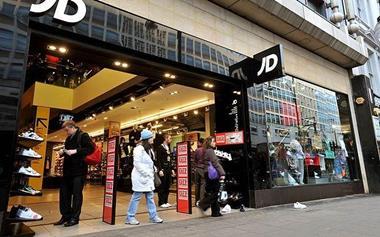 JD Sports has reported soaring profits and sales in what executive chairman Peter Cowgill termed “another period of very significant progress” for the group.

Profit before tax and exceptional items stood at £244.8m – it has rocketed more than 190% over the past three years.

The retailer said that its core JD fashion customers were “extremely digitally aware with a high propensity to use social media in their purchasing decisions” and said that it was investing heavily to create a technology-rich multichannel environment.

Gross margin was slightly higher than the previous year. The group attributed this to low markdowns and the effect of a strong euro on its European businesses, which rely on UK-sourced and distributed products.

It added that the weakening of the pound against the dollar following the Brexit vote would cause headwinds, but it was in a “reasonable position” to mitigate those.

JD said its outdoor fasciae “made encouraging progress” over the year, delivering an operating profit for the first time. Its £1.2m profit compares with £4m losses in 2016.

JD said its acquisition of Go Outdoors had not had a material impact on its results and added that it was “confident that this acquisition will enhance [its] overall outdoor offer in the longer term”, although investment in infrastructure will be needed if the business is to reach its full potential.

JD said: “We continually strive for further improvements in margins but the breadth of supply from the key outdoor brands into the market and the wide availability of vertically sourced product from both specialist and non-specialist retailers means that outdoor will inevitably remain a competitive sector.”

Executive chairman Peter Cowgill said: “This has been another period of very significant progress for the group.

“The foundation of this success remains our core Sports fashion fasciae where JD’s continued strength in its core markets is increasingly being complemented by momentum in our international development.

“Whilst we must recognise that there are external influences which may impact the latter part of the year, notably inflationary pressures arising from Brexit, the board remains confident in the robustness of the JD proposition and believes that the group is well positioned for further profitable growth.”