Fortnum & Mason has posted a jump in full-year profit as its iconic hampers and fast-growing online business drove sales. 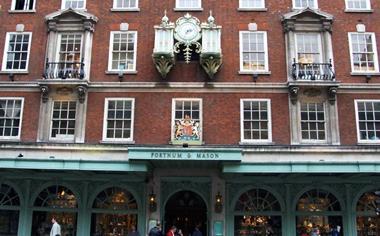 The luxury department store business said its British-made products were “at the heart of Fortnum’s success” as net profit surged 27% to £6.2m in the year ending July 10.

Net sales advanced 12% to £98.7m, as revenues from its hampers grew 17%, while the new beauty floor at its Piccadilly flagship sparked a 24% spike in sales of beauty products.

Fortnum’s also reported growth at its other stores, with sales at its St Pancras International and Heathrow Terminal 5 locations rising 19% and 32% respectively year-on-year.

Online revenues climbed 24% during the financial year, meaning its ecommerce proposition has doubled in size over the past three years.

Its digital platform allowed Fortnum’s to deliver to 128 different countries during the year as British products gained traction across the globe.

The 309-year-old business has also released its first-ever cookbook, written by Tom Parker-Bowles, which is expected to be “a big seller” during the festive season.

Fortnum’s, which works with more than 1,000 UK suppliers, said the amount of trade it engaged in with domestic companies increased 9% during the year.

The retailer’s chairman Kate Hobhouse said: “Knowing that our recent success impacts so positively on so many UK producers is one of the great pleasures of chairing the business.

“Our UK suppliers have always been the backbone of our ranges, and we continually nurture new talent wherever it is found.”