Mothercare has hired Monsoon Accessorize’s international director, who will join the business in March next year. 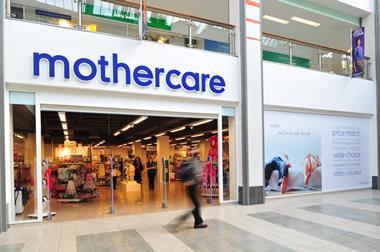 Kevin Rusling will take over responsibility for its international business from chief executive Mark Newton-Jones. He was previously at M&S and George at Asda.

Newton-Jones has been in charge of international franchising for the past year, following the departure of former international director Jerry Cull.

The company’s franchising business, which runs across 1,300 stores in 56 countries, has performed relatively well when compared with the core UK market, which has been the subject of a turnaround effort, led by boss Newton-Jones, who joined from Shop Direct to lead it.

The international division contributes around 60% of Mothercare’s gross sales but came under severe pressure in 2015/16 against “increased currency and economic headwinds”. Sales grew once again in the first half of 2016/17, rising 7.7%.

Newton-Jones said: “The extensive experience [Rusling] brings to our business will enable us to continue to successfully drive our international strategy and deliver our vision of being the leading global retailer for parents and young children.”

Rusling added: “I am very much looking forward to working with the global teams to develop the brand further both in stores and online.

”Mothercare has a strong heritage, a clear vision and the potential as we transform the business is hugely exciting.”