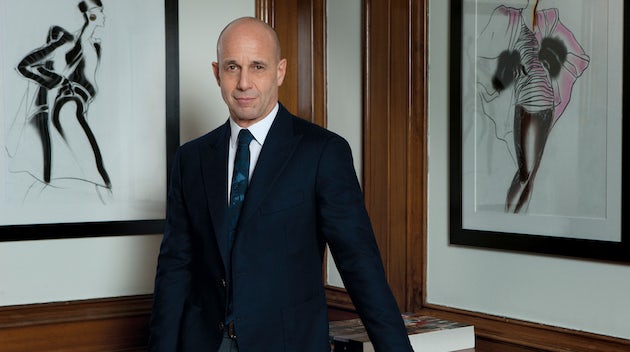 The move comes nearly a year after its Qatari owners Mayhoola for Investments — widely believed to be a vehicle for Sheikha Mozah bint Nasser and other members of the country’s ruling family — acquired full control of the French fashion house for an undisclosed sum.

Piombini, who was already a member of Balmain’s board of directors, previously held the role of worldwide commercial director at Italian fashion house Valentino, which is also owned by Mayhoola.

The company said in a statement that Diemoz, who joined in 2000, will leave the company after several years of exemplary leadership.

“I am excited by this opportunity to form a part of the Balmain team, as the brand develops into a global leader in the luxury goods market,” said Piombini in a statement. “Olivier Rousteing, Balmain’s creative director, has instilled a remarkable passion inside the house, overseeing the creation of a singular, recognisable spirit and silhouette, while always remaining focused on the mission of responding to the needs and desires of a new and diverse generation.”

“I look forward to working closely with him and the rest of the Balmain family, helping to coherently build upon that vision and fully realise the house’s significant potential for impressive future growth,” he added.

Piombini will work together with Balmain creative director Olivier Rousteing to further expand its global store network as well as develop its product categories into some lower-priced items like handbags, shoes and key rings to help maintain its connection with its younger audience.

“This is definitely an exciting time for Balmain,” said Rousteing in the statement. “It is obvious that, with the arrival of Massimo, the house has all the necessary ingredients to face the many new adventures and challenges that await us. I look forward to working alongside him in the weeks, months and years ahead. Today, of course, the entire team at Balmain would also like to acknowledge how much we owe to our departing CEO, Emmanuel Diemoz.”

In recent years, Balmain has managed to generate significant brand buzz, closely linked to its social media prowess. Indeed, since the 2011 appointment of Rousteing, Balmain’s brand profile has grown by leaps and bounds.

Rousteing, who has focused intently on raising Balmain’s visibility by connecting directly with digital fans, has attracted 4.4 million followers on Instagram, as well as a ‘Balmain Army’ of celebrity supporters, including the Kardashians and models Gigi Hadid, Joan Smalls and Rosie Huntington-Whiteley.