The hospitality group has announced plans with property development and management firm Carbonleo to build a Four Seasons hotel and branded private residences in downtown Montreal. The city, known for its European essence, is one of Canada’s most popular destinations for business and leisure. 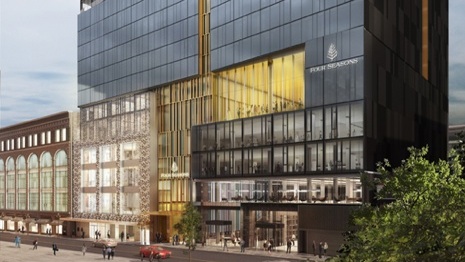 Set for completion in 2018, Four Seasons Hotel Montreal in Quebec, will be included in a new-build, mix-used development within the city’s Gold Mile Square. The area is nearby Montreal’s financial and commercial districts as well as the cobblestone streets and art galleries of Old Port.

The Montreal hotel will be a contemporary building with 163 hotel rooms and exclusive private residents. The property will feature a state-of-the-art spa, an indoor pool, a fitness center and event spaces.

“Montreal is one of North America’s great cities – a vibrant urban destination that has long appealed to luxury travelers drawn to its European flare and cultural sophistication,” said J. Allen Smith, president/CEO of Four Seasons Hotels and Resorts, in a statement.

“In partnership with Cabonleo, we are bringing Montreal a landmark luxury hotel and private residences that will soon be the city’s address of choice,” he said. “We look forward to introducing visitors and locals alike to the highest standards of quality and the most genuine and personal service – the markers of a Four Seasons experience the world over.” 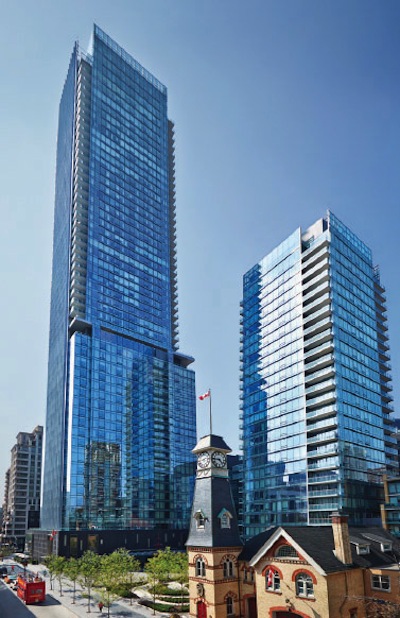 Tapping into Montreal’s commercial scene, Four Seasons Hotel Montreal will be connected to the Ogilvy’s department store, one of the city’s most historic high-end retail buildings.

The retail environment of Montreal is beginning to see an evolution of change.

Similar to Saks’ location at CF Toronto Eaton Square, Saks’ Montreal flagship will be housed within an existing Hudson’s Bay, creating a co-located store. Once open, this will be Saks’ largest store in Canada, with 200,000 square feet of retail space across multiple levels