Westminster council has agreed plans to turn the Grade II-listed American embassy in Grosvenor Square into a 137-bedroom hotel with five restaurants. The £1b transformation of the embassy planned by property group Qatari Diar will be designed by British architect Sir David Chipperfield.

Work on the new site is expected to begin next year when the American diplomatic team relocate to a new embassy being built in Nine Elms, Battersea. 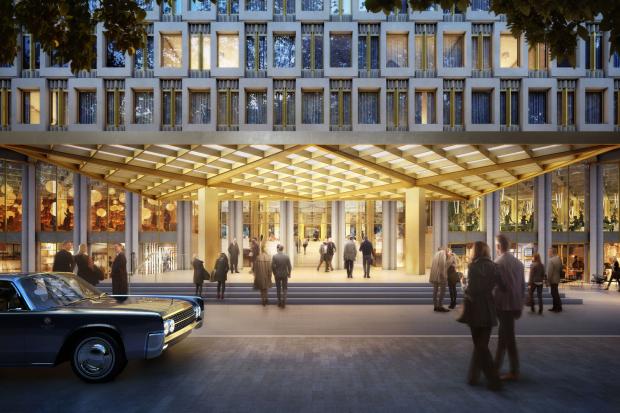 The new hotel will include a spa, six retail units and a ballroom for 1,000 guests.

Discussing the hotel’s design when the plans were originally presented in April, Chipperfield said: “Our design proposals protect and respect the significant architectural and structural characteristics of Eero Saarinen’s design, with a focus on restoring and enhancing this unique building to secure its long-term future at the heart of Mayfair.

“We have studied the building’s design and its history as well as its surroundings to deliver an architecturally and socially coherent proposal, which will transform this purpose-built embassy into a world-class hotel.”