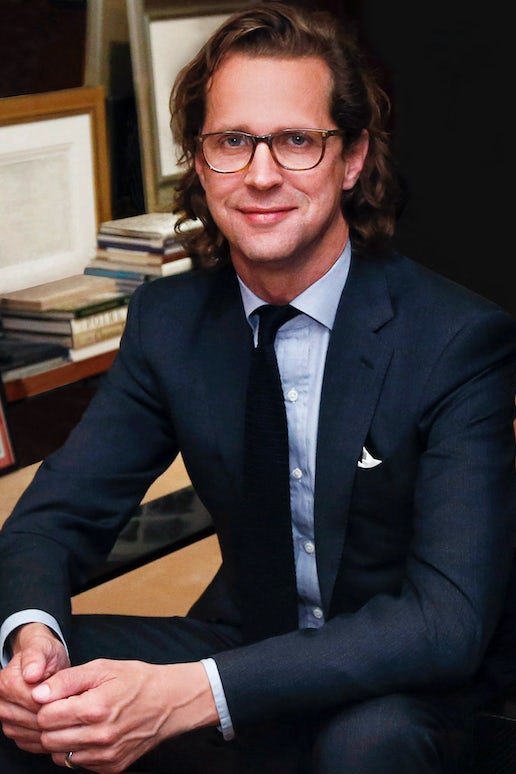 Ralph Lauren announced that president and chief executive officer Stefan Larsson would leave the company on May 1, as shares fell by more than 11 percent.

Ralph Lauren has announced that its president and chief executive officer Stefan Larsson will leave the company on May 1, after deciding to part ways following disagreements over its turnaround strategy.

The announcement was made as the company reported a disappointing set of results for the third quarter, which showed net revenues fell by 12 percent compared to the same period last year, causing its shares to fall by more than 11 percent. International net revenue fell by 6 percent, while North America revenue was down 15 percent.

The company said it would continue forward with its longer-term strategy laid out by Larsson in June, with chief financial officer Jane Nielsen leading the execution of the company’s turnaround plan in the interim. A search for a new chief executive will commence shortly.

“Stefan and I share a love and respect for the DNA of this great brand, and we both recognise the need to evolve,” said Ralph Lauren, the founder, executive chairman and chief creative officer of the company.

“However, we have found that we have different views on how to evolve the creative and consumer-facing parts of the business. After many conversations with one another, and our board of directors, we have agreed to part ways. I am grateful for what Stefan has contributed during his time with us, setting us in the right direction,” he said in a statement.

Larsson’s departure will come as a surprise to many, at a time when the company is attempting to inject more excitement around its clothing and products, known for their preppy styles, to attract younger consumers and move away from its reliance on wholesale and heavy discounting.

“It seems that hybridising designer fashion with mass fashion DNA is more difficult than anticipated,” Luca Solca, head of luxury goods at Exane BNP Paribas told BoF. “This is a surprise to a point.”

Its “Way Forward” plan, which was outlined by Larsson to address its problems in the business, involved 50 store closures, 1,000 job losses and a restructure of the company to remove three lines of management, according to a report in the Financial Times. It also involves refocusing its attention on its core products, cutting production lead times and a “continuous test pipeline.”

“To me, what it indicates is that after the company has embarked on the turnaround plan, and it hasn’t worked as well as it should have,” said Neil Saunders, managing director of research firm GlobalData Retail. “Ralph Lauren is a luxury brand and more niche, and Larsson’s background is from mass merchants like H&Mand Old Navy, so it is a different style. I think that really, it comes down to a very different sense of direction as to where the company goes.”

“It also demonstrates the founder’s continued dominance over the business. As much as Ralph Lauren should be respected for his significant achievements and his undeniable design talent, we are concerned by the orthodoxy of his leadership, under which questioning and fresh thinking are relatively rare. This, in our view, is not the way to reinvent a brand that has clearly lost its way.”

Lauren said the company was committed to moving the business forward, following the actions it has taken over the past few years to strengthen its team, re-focus its brands and marketing and reducing its costs.

“In June, we announced a plan to refocus the company on what made it iconic, evolve that for today and build our brand to its full potential,” said Larsson in a statement, who spent just under two years in the role. “That plan is on track — I am proud of the progress the whole team has made and I am committed to ensuring its uninterrupted execution. Ralph will always be an inspiration to me, and I am grateful to have had this experience.”

Larsson was appointed to his role in November 2015, as the first CEO that the company appointed after its founder stepped away from the role, and was tasked with overhauling the American brand that has struggled for a number of years to address problems like e-commerce, wholesale and heavy discounting. Larsson focused on streamlining the business, helping it to transition towards a faster model favoured by younger consumers by switching to a “see now buy now” method last September.

His appointment to the fashion house was seen as a positive move by many, who saw his experience in fast-fashion retailing as a much-needed injection of energy into the brand, given his previous successes at both Old Navy, where he was responsible for overhauling the Gap-owned brand into its top performing divisions, and at H&M, where he worked for nearly 15 years, progressing through the Swedish retailer’s ranks to head of global sales.