Luxury brand financial reports for the third quarter were a mixed-bag, but improvements in the Asia-Pacific market come as a positive surprise, according to a report by RBC Capital Markets.

The luxury sector’s growing pains have been no secret, with many brands posting lowered earnings, as consumer desire slows and sales from Greater China continue to simmer.

In its Q3 report, RBC Capital Markets examines the top players in the luxury goods category to gain a sense of the sector’s overall direction and to guide investor relations.

“Comments in the conference calls on current trading have been so far broadly encouraging as we approach the key festive season,” said Rogerio Fujimori, analyst at RBC Capital Markets.

“Investor focus is shifting to names reporting next, including outperform-rated stocks [such as] Pandora, Hermès, Richemont and Jimmy Choo,” he said.
Luxury brand that have already released results from Q3 2016 have largely recorded positive earnings. Brand earning reports were cushioned by marked improvement in key regions such as Asia-Pacific and the “all-important Chinese cluster,” which includes Greater China, Hong Kong and Macau.

Positive spending in markets such as South Korea and the United States also worked to sustain brands’ positive earnings.

Both Gucci and Louis Vuitton command a significant market share, especially in terms of handbags. In a separate report, RBC Capital Markets found the houses’ handbags to be the most preferred by millennial consumers. 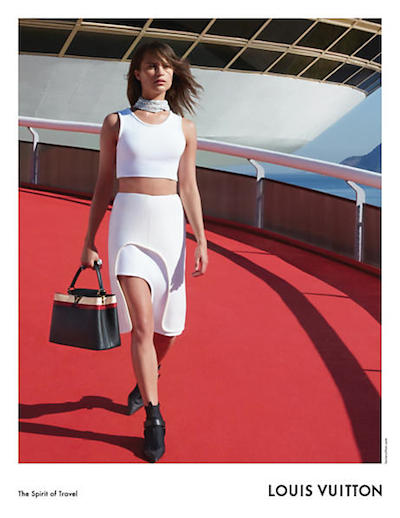 Although Hermès has yet to share its third quarter results, RBC Capital Markets examined the brand’s performance over the last three month period. Accordingly, the report says Hermès lagged behind the overall sector, but is likely to post double-digit organic growth in the leather goods category.

Hermès’ is described by RBC Capital Markets as being the brand closest to the “perfect luxury paradox” due to its success at balancing timelessness, modernity, sustainable growth and profitability. While leather goods is a profitable category for the brand, this product type only accounts for 47 percent of Hermès’ profits, much lower than its peers, including Gucci and Louis Vuitton.

The French leather goods maker is scheduled to publicize its earnings for stockholders Nov. 3.

Elsewhere in the sector, groups such as Kering, Luxottica and Tod’s saw “model housekeeping.”
Merger and acquisition deals show signs of a healthy luxury market across most sectors, according to an executive from Deloitte Corporate Finance.

Luxury sales are climbing largely because of hotels and automobiles, but acquisition patterns show that fashion and jewelry are continuing to innovate and produce quality product. While the slowing economy has put luxury brands in a tough position, healthy amounts of venture capital show that the sectors are healthy, meaning that proper marketing is the key component of growth.

According to the presentation at Financial Times’ Business of Luxury Summit on May 23, personal luxury goods continues to dominate the market, and a healthy 12.9 percent growth indicates continued interest, even as that growth is offset by currency fluctuation.

Taking mergers and acquisitions as a sign of market healthiness because of the impact they have on growth, Deloitte found that 47.5 percent of the deals were in the personal luxury goods segment, with another 36.2 percent in the hotels (see story).

For example, after months of speculation about a potential deal, French fashion label Balmain’s acquisition by Mayhoola for Investments was confirmed in the second quarter 2016. 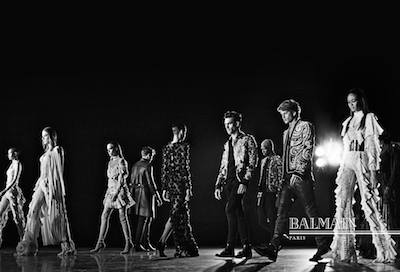 The Qatari-based Mayhoola, which also owns Valentino, acquired a majority stake in the brand in a transaction valued at more than $522 million. As one of the last few independently owned fashion labels, having this investment will help Balmain remain competitive (see story).

Even rumors of an acquisition can be beneficial for a brand facing trouble times. In its report, RBC Capital Market singled British heritage brand Burberry out for having stock prices soar after a report Oct. 20 suggested U.S. fashion label Coach may be eying the house.

Burberry has been in a bit of a rut recently with declining sales and the appointment of a new CEO to replace Christopher Bailey in the role starting next year. Despite its current challenges, Burberry’s shares increased by 6 percent today, after a financial blog claimed the British house was being acquired by another apparel and accessories group (see story). 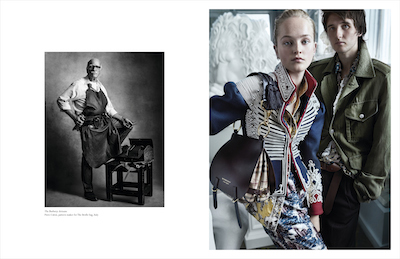 Prior to last week’s merger report, Burberry was considered the main exception to the trend of positive share prices despite mixed results. The brand’s shares were reported to be down, due to weak wholesale numbers in the second half (see story), the day it released its results.

“Burberry shares have also seen some support last week from a return of unsubstantiated merger and acquisition speculation with Coach on Oct. 20,” said RBC Capital Market’s Mr. Fujimori. “Never say never, but the probability of a deal seems low to us.

“This is due to Burberry’s size, brand life cycle stage, very different brand strategies and limited cost synergies, in our view,” he said.