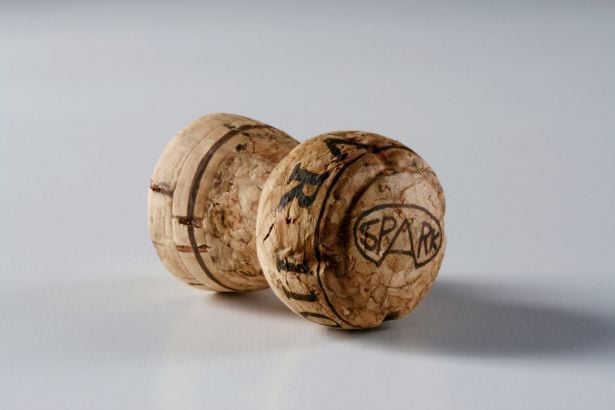 As U.K. Prime Minister Theresa May triggered two years of Brexit talks on Wednesday, Champagne producers and importers gathered in London for the industry’s largest annual tasting. Few were in the mood to raise a toast.

Exports to the U.K., Champagne’s largest overseas market by volume, fell 14 percent in 2016, hurt by the plunge in the pound since the vote to leave the European Union last June. Importers are facing a squeeze on sales and profits, and some worry that worse is to come as they lift prices to make up for the currency’s weakness.

“Everybody’s here,” said Vincent Perrin, managing director of the Comite Champagne trade group, pointing to the record number of producers represented at its tasting in a converted warehouse that’s now an art school. “But yes, everyone has taken Brexit as a shock.”

Fearing a populist backlash in a highly competitive market, U.K. retailers have struggled to pass along Brexit-induced cost pressure on consumer staples. The august wine importers clustered in the London district of St. James’s, traditional home of the city’s gentlemen’s clubs and now a stomping ground for hedge-fund billionaires, are starting to buckle.

Diageo Plc-owned merchant Justerini & Brooks increased prices by as much as 8 percent on some wines imported from continental Europe in February. At rival Berry Bros. & Rudd, a wine-seller since 1698 that counts members of the royal household as clients, profits from Champagne sales in March have fallen 12 percent from a year earlier. Distiller Pernod Ricard SA raised prices this month on its brands sold in the U.K., which include Mumm and Perrier-Jouet Champagnes.

“We held prices for as long as we could,” Jules Campbell, a Champagne buyer at Justerini & Brooks, said in an interview. “Our loss of margin was greater than that, but there’s a point at which the customers will only accept so much.”

Uncertainty over Britain’s future trading relationship with Europe adds a layer of complexity, said Simon Field, a Champagne buyer at Berry Bros. He lamented a potential increase in customs paperwork, a possible souring of relations between the U.K. and the EU, and a rise of protectionism globally.

“Everything is batting against us,” Field said in a drawing room lined with empty bottles of vintage Chateau Lafite Rothschild and Chateau Latour wines from Bordeaux. “There’s modest anxiety, but we’re aware of the dangers and we’ll deal with those as appropriate.”

The fall in the pound has lifted demand and prices for Bordeaux, as buyers in the U.S. and Asia step up purchases from the U.K.-based merchants who have long dominated trade in that French region’s wines. Bordeaux makes up about three-quarters of trading on London’s Liv-ex wine exchange, compared with only 5 percent for Champagne. Exports of British gin are also benefiting from the current exchange rate.

“I’m personally very European, but more of the same situation going on would be very good for me,” Neil Everitt, the founder and owner of Brockman’s Gin, said in an interview. More than half the company’s sales come from Spain, where revenue increased by about 17 percent after the fall in the pound’s value.

The Champagne industry hopes the U.K. and the EU negotiate a free-trade agreement in the two-year period triggered by May’s invocation of Article 50 of the Lisbon Treaty on Wednesday, Perrin said. The U.K. imported 440.4 million euros ($472.9 million) worth of Champagne last year, about one-tenth of the region’s total orders.

Michel Drappier, chief executive officer of Champagne Andre Drappier SAS, said the company will try to recoup any sales lost in the U.K. by targeting other markets. The Philippines and Bahamas are two with potential, he said at the industry tasting, holding a flute of his company’s Brut Nature as wine critics swirled and sampled the latest offerings, spitting into rows of buckets.

Even before the Brexit vote, inflation-conscious U.K. drinkers were turning to prosecco, a sparkling wine from Italy, attracted by prices that are often less than one-third the cost of Champagne. English sparkling has won awards and attracted investment from London financiers.