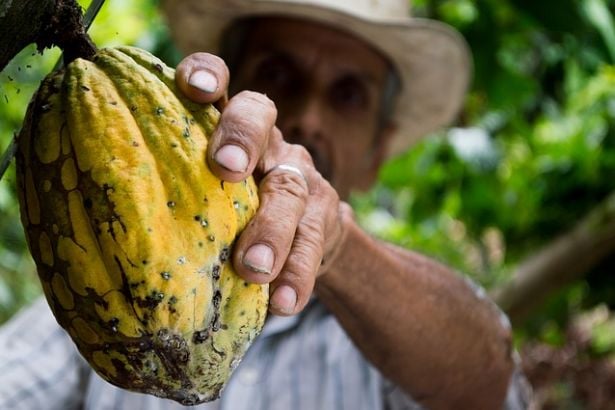 Cocoa extended its biggest weekly gain in five years after talks between army commanders and mutinous soldiers in the world’s top producer Ivory Coast failed over the weekend.

The beans jumped as much as 4.4 percent in London as Ivory Coast’s military was said to have given soldiers an ultimatum on Sunday to drop their pay demands and end a revolt. Special forces will take action against the soldiers should the talks fail, a person familiar with the matter said, while there were reports of shooting early Monday at the main army barracks in Abidjan, the commercial capital.

The revolt was sparked by an announcement from President Alassane Ouattara on Thursday that the government reached a compromise with troops who revolted earlier this year over unpaid bonuses. The nation last month revised its budget amid lower prices for cocoa, its main export, limiting its ability to pay soldiers. Futures traded in London reached a five-year low in April on bumper harvests in West Africa.

Cocoa has fallen 26 percent in the past 12 months on expectations of a market glut amid record supplies from Ivory Coast. Money managers have held a net-bearish position in cocoa futures and options in New York since November though trimmed the wager last week. Any bullish news could prompt speculators to make purchases to cover their short positions, according to Marex Spectron Group.

“The dangerous thing is, there is a very big speculative short in New York and the situation in Ivory Coast – that’s a catalyst in the market to trigger short-covering,” Jonathan Parkman, the co-head of agriculture at Marex in London, said by phone. “It’s a political worry. Do I actually think it will restrict cocoa supplies? I seriously doubt that.”

All import and export operations at Ivory Coast’s biggest port in Abidjan are continuing as usual, spokesman Alexis Guie said by phone on Monday.

Soldiers have wounded civilians and blocked roads to the main border with Burkina Faso, while citizens opposed to the rebellion have organized protests across Ivory Coast. Special forces troops are moving toward Bouake in the center of the country, according to a person familiar with the matter, who asked not to be identified because he’s not authorized to speak about it.