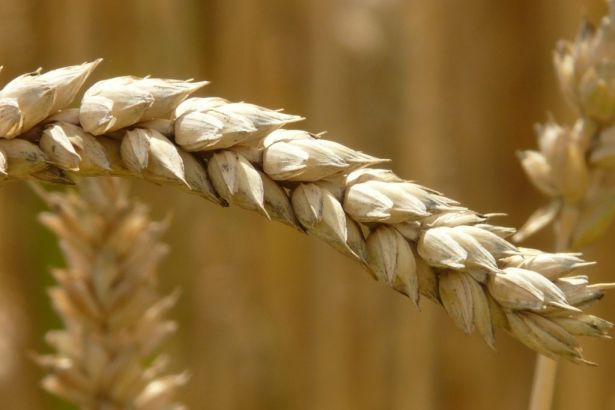 The U.S. and Russia are engaged in a rivalry for dominance once again, this time in the wheat market. After Russia recently pulled ahead, the U.S. has fought back, with the help of a weaker dollar.

One irony of the situation is that the U.S. is taking market share partly as the FBI investigation into ties between President Donald Trump’s aides and Russia. The probe has weakened the greenback and made American grain cheaper for overseas buyers. That’s helping the U.S. to regain its position as the world’s largest wheat exporter for the first time in three years, stealing back the title from Russia.

The fight to lead world wheat exports is always heated, with major suppliers including the U.S., Russia and Canada jockeying for position. American shippers were at a disadvantage after several years of gains for the dollar. Now, with the greenback in decline, U.S. supplies are cheap enough that Egypt, the world’s largest importer, bought two cargoes in a tender last week. That’s the first such purchase in two years and shows how U.S. grain has become more competitive against other suppliers, even taking into account the higher freight costs.

“Last week’s tender was kind of a watershed event,” Matt Connelly, a grains analyst at The Hightower Report in Chicago, said by phone. “I don’t know if Egypt’s going to be coming back consistently, but if they do and if the U.S. is included in the next tender, it should tell the market that we’re here to stay.”

The U.S. will ship 28.2 million metric tons of wheat in the season that’s about to end, 34 percent more than a year earlier, the U.S. Department of Agriculture estimates. That will propel the nation’s overseas sales to surpass Russia’s, forecast at 28 million tons. A stronger euro and poor crops are also making supplies from the European Union less competitive. The 28-member bloc will ship 1 million tons less than Russia in the period, USDA data show.

The U.S. last week won business in an Egyptian government tender and has also shipped about 612,000 tons to Algeria this season, markets often dominated by European and Black Sea supply. Demand has also been spurred by China. The main U.S. markets are Mexico and Japan.

American shippers may not enjoy the benefits for long. Nations in the Black Sea region will probably have good crops in the local season that starts in July, while the U.S. planted the smallest winter-wheat area in more than a century. Cold and wet weather is also raising concerns about the quality of the U.S. winter crop, which is just beginning to be harvested, according to Rabobank International Ltd.

While U.S. shippers sold 115,000 tons to Egypt last week, that’s only a fraction of the 3.94 million tons supplied by Russia and the 1 million tons sold by Romania this season, data compiled by Bloomberg showed. Still, it’s comparable to the 180,000 tons from France.

The U.S. may retain an edge over European wheat as the euro gains and dry weather hurts next season’s crop. EU wheat exports will once again fall short of their full-potential in the 2017-18 season compared with previous years, when the bloc shipped around 30 million tons, said Stefan Vogel, Rabobank’s head of agricultural commodities research in London.